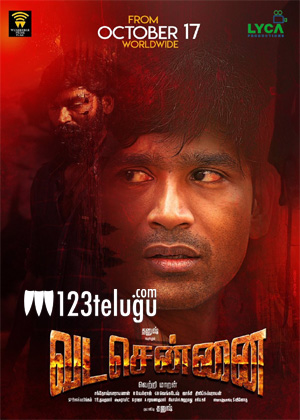 Dhanush has been working on his dream project Vada Chennai for over three years now. The film’s first part was finally released today and the latest we hear is that the film has opened to some very strong response all over.

The critics have special praise for Dhanush’s performance which is said to be quite riveting. The film is baned in the northern part of Chennai and has a gangster set up.

As it is the holiday season, the film is also set to collect well at the box office. Vetrimaran directs this film which also has Andrea in a key role.