For the last few weeks, a fake Twitter handle claiming to be an official account of young hero Vaishnav Tej has been sending out a series of tweets. Finally, Vaishnav responded and issued an official press note to caution his fans against the said account.

“This is to inform that I am not on Twitter. I request everyone not to pay heed to fake Twitter handles. I also request you to report the said account. Thanking in anticipation. I urge everyone to stay cautious,” Vaishnav’s note read. On the work front, Vishnav is awaiting the release of his second film, Jungle Book, in which he co-stars Rakul Preet. 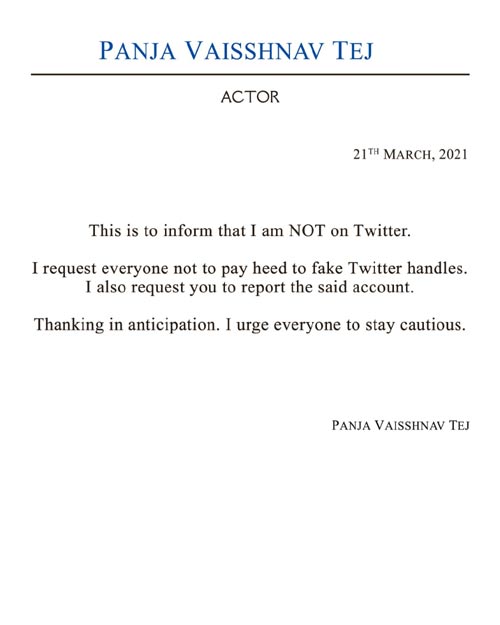