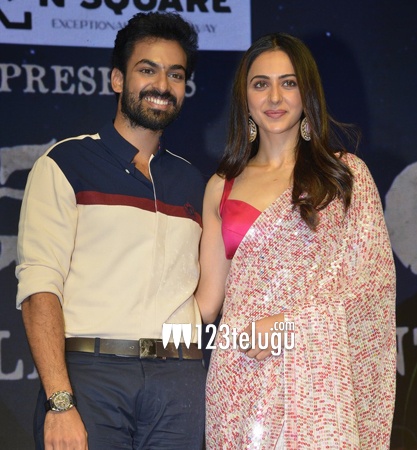 Kondapolam is a film that many are waiting for eagerly. The film is directed by Krish and has Vaishnav Tej and Rakul Preet as the leads.

Speaking about the film, Rakul thanked Krish for even considering her for a role like Obulamma. She also hailed Tej for his expressive eyes, grounded nature and said he will go a long way in his career.

Rakul will be seen in a performance-oriented role in this film which is based on a famous novel called Kondapolam. Rajeev Reddy produces this film and Keeravani composes the music.