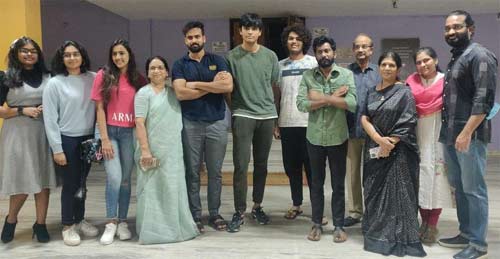 Uppena is a big hit and that has been proved with the collections of the film on day one itself. The movie has also started on a solid note today and will run packed houses for the next few days as per the trade.

Meanwhile, Vaishnav is getting good applause for his performance in his debut film. So, an excited Tej showcased the film to some of his cousins from the mega family.

A picture of the family posing together after watching the film has gone viral. Seen in the picture above are Chiranjeevi’s wife Surekha, Pawan Kalyan’s son Akira, Niharika, and several other mega kids from the family. Director Buchi Babu is also there along with them.