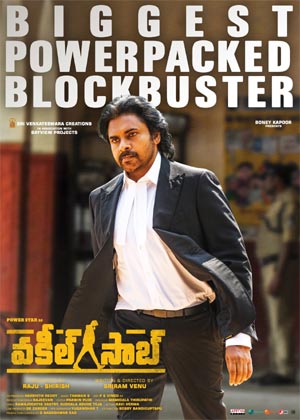 Pawan Kalyan’s comeback film, Vakeel Saab, has had a solid first weekend at the box-office worldwide. Even though the official numbers are yet to be reported, the film has collected close to Rs 90 crore gross across the world with a distributor share of nearly Rs 60 crore.

Vakeel Saab is all set to break into the Rs 100 crore club on Monday. The film has witnessed drops in the Monday bookings compared to the first three days. On the other hand, whether or not Vakeel Saab will manage to surpass the $1 million milestone in the US remains to be seen. The film has grossed nearly $660K until the latest updates. The film needs to gross approximately $1.3 million to break even in the USA.