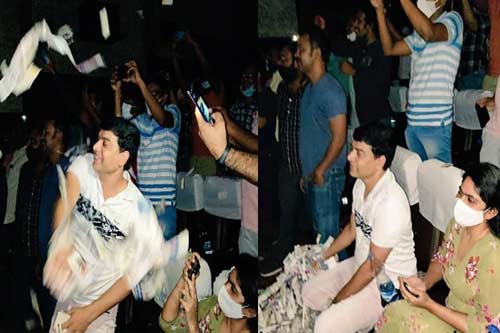 This video of Dil Raju behaving like a die-hard fan of Powerstar Pawan Kalyan while watching Vakeel Saab’s benefit show at Shiva Parvathi 70MM has been going viral on social media since the wee hours of Friday. Dil Raju, who watched Vakeel Saab’s FDFS along with his wife, threw papers when Pawan appeared on the big screen.

During Vakeel Saab’s promotional interviews and events, Dil Raju said on several occasions that producing a film with Pawan Kalyan has been his dream since Tholi Prema days. Needless to say, the star producer is on cloud nine to see his long-cherished dream coming true finally.