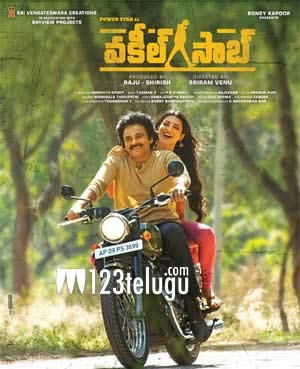 Pawan Kalyan’s highly-anticipated comeback film, Vakeel Saab is gearing up for an April 9, 2021 release. Touted as an intense courtroom drama, the film is carrying high expectations among the mega fans.

Meanwhile, the latest buzz is that the makers are planning to hold the film’s pre-release event on April 3rd in Hyderabad. However, an official confirmation regarding the same is awaited.