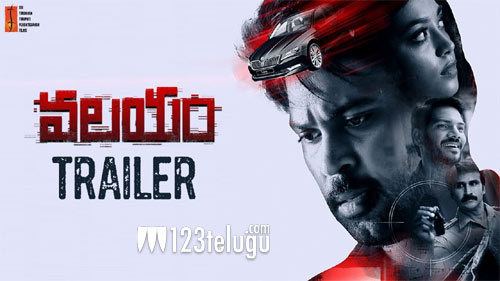 After the impressive teaser that was released last month, the theatrical trailer for the upcoming investigative thriller, Valayam, is out today. Just like the teaser, even the trailer is impactful and maintains the intrigue factor from start to finish.

Valayam is a suspense drama which has debutant Laksh who’s entangled in a peculiar case, where his wife Disha, portrayed by Hippi girl Digangana Suryavanshi, goes missing. When Laksh informs the police about his wife, he is unexpectedly accused of killing his wife. The rest of the story seems to be about how Laksh solves the case himself through some clues.

Newcomer Ramesh Kadumula is the director of Valayam and Sekhar Chandra is the music composer. Sri Tirumala Tirupathi Venkateshwara Films banner has bankrolled the film.