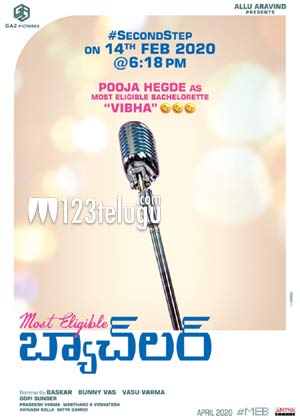 The first look of Akhil from his film Most Eligible Bachelor won decent applause from all quarters. Now, the time has come for the heroine of the film to be revealed.

Pooja Hegde plays the female lead in this film and her look will be out on the 14th of this month as Valentine’s special. She plays the role of a girl named Vibha.