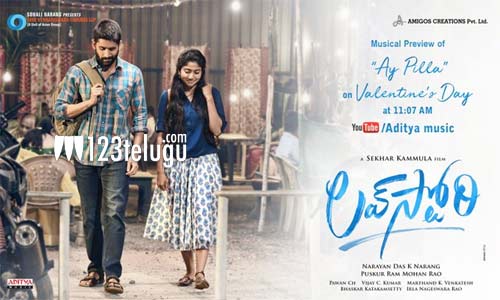 Fans of young stars Naga Chaitanya, Sai Pallavi and director Sekhar Kammula are in for a special treat this Valentine’s Day. The makers of the trio’s ongoing romantic drama, Love Story, will be releasing a minute long musical preview of the first single ‘Ey Pilla’ at 11:07 am on February 14.