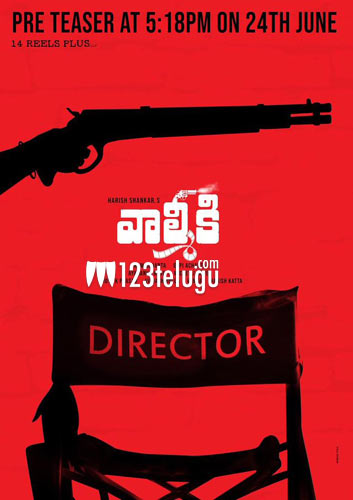 It’s been reported already that the makers of Varun Tej’s ongoing gangster comedy, Valmiki, will be releasing the film’s pre-teaser next week. As per the latest updates, the pre-teaser will be out on June 24 at 5:18 pm. Varun Tej will be seen as a menacing gangster in the movie, and his rugged avatar became a hot topic when a couple of pictures went viral a few weeks ago.

Valmiki is an official remake of the cult Tamil gangster comedy, Jigarthanda. The Telugu version also has Pooja Hegde and Tamil hero Atharvaa Murali in lead roles. Harish Shankar is directing this much-awaited film and Ram and Gopi Achanta are bankrolling this project. The film is slated to hit screens on September 6.