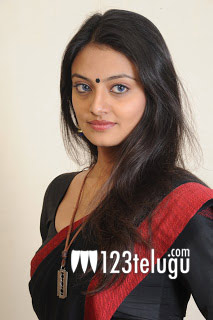 The principal shooting of director Vamsi’s upcoming film is progressing briskly near Hyderabad. This untitled film is the 25th film in his career and it has Ajmal Ameer, who had acted in KV Anand’s Rangam and Rachha, in lead role. Nikitha Narayan has been roped in play one of the lead roles in the film. This is her first film with Vamsi and having begun her career with ‘It’s My Love Story’, the actress is quite excited to team up with a veteran director like Vamsi who has films like Ladies Tailor, April 1 Vidudala, to his credit. “My first day shoot with the legendary director Pedda Vamsi garu went well…An honour to work for him.Great start and a milestone for my career in the film industry.Dint know I would do it so fast,” Nikitha said soon after joining the film’s sets earlier this month. Chakri is scoring the music. The film will release later this year