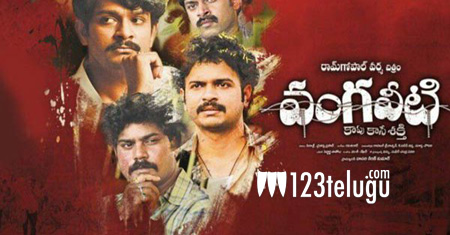 RGV’s Vangaveeti which got released last Friday is running with decent revenues mostly in Andhra Pradesh. The latest news is that the film has collected 45 lakshs till date in the Krishna region.

The film is creating a good buzz especially in this native area of Vanagveeti’s and is also drawing huge attention. Even though there are many protests going on, they are only helping the film.

Young actor Sandy plays the main leads in this film which is produced by Dasari Kiran.