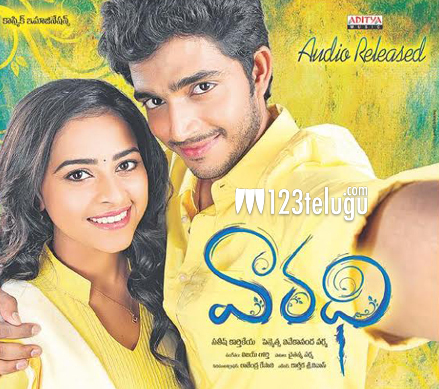 Heroine Sri Divya is slowly making her presence felt in Tollywood. She is gearing up with the release of her next film titled Varadhi. Starring Kranthi and Hemanth as the male leads, this film is all set to hit the screens this month end.

Viveknanda Varma produces this triangular love story on Cosmic Imaginations banner. Trailers of this film have caught on quite well and the team is quite confident about the film’s success. Satish Karthikeya directs this film which also has Krishna Bhagvan, Ranganadh and the late M S Narayana in other important roles.