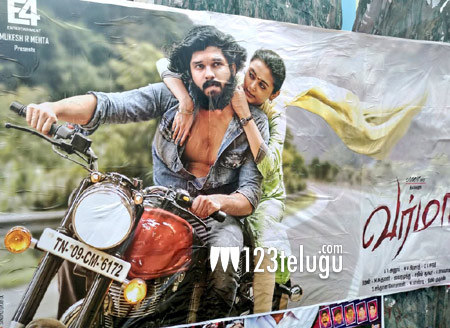 A day before the official launch of first look of Varma, the Tamil remake of Arjun Reddy, the poster has already gone viral on social media. One of the posters of the film was spotted at several places across Tamil Nadu and it eventually made its way on Twitter and Facebook. Incidentally, Dhruv’s look is being slammed by a section of the audience and it is in the news for all the wrong reasons, as of now.

However, it remains to be seen how the remake has shaped up in Tamil. Bala, who is known for his rustic films, has directed the film and it has been produced by E4 Entertainment banner. Sukumar is the cinematographer and Radhan has scored the music.

The film’s audio is going to be launched soon, and buzz is that film is likely to hit the screens later this year. More details are awaited.