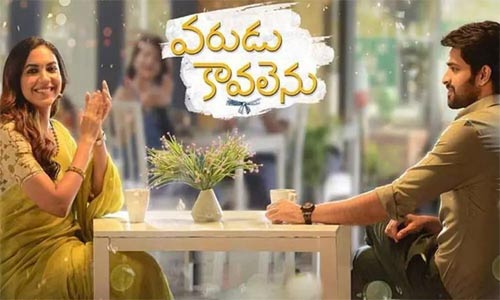 If the latest reports are to be believed, Naga Shaurya and Ritu Varma starrer, Varudu Kavalenu will be arriving on OTT this weekend.

Apparently, Varudu Kavalenu will be made available for streaming on ZEE5 from the 24th of December. An official announcement on the same is expected to be made shortly.

Varudu Kavalenu is a comedy drama directed by Lakshmi Sowjanya. The film hit the silver screens this October and a couple of months later, it is up for OTT premieres.

Ritu Varma plays an author backed role in the film and Sithara Entertainments produced the same.