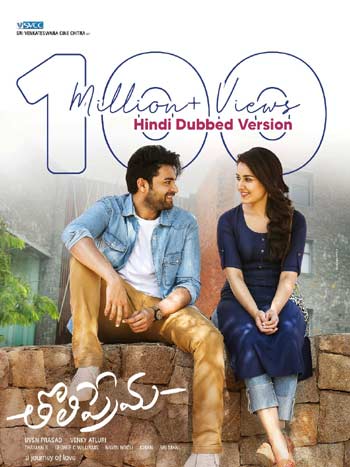 Released in 2018, Varun Tej and Raashi Khanna’s musical romantic drama, Tholi Prema, went on to become a huge success at the box-office. This Venky Atluri directorial had its music by Thaman and it was produced by senior producer BVSN Prasad.

Now, Tholi Prema’s Hindi version, also titled Tholi Prema, has clocked over 100 million views on YouTube with over 876K likes. Usually, Hindi movie lovers prefer watching South Indian movies loaded with action and commercial elements. Despite being a clean love story, Tholi Prema has pulled off this feat in just about a year, after being released on August 4, 2019.