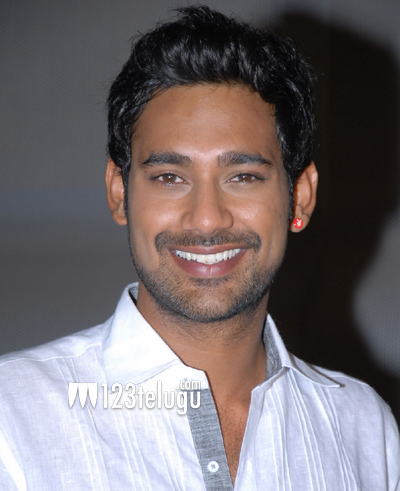 Varun Sandesh, who had a dream debut with ‘Happy Days’ is going through a dull phase of his career presently. None of his films which were released this year could taste success at the box office.

He is presently working on multiple films which are in various stages of production. One of his upcoming films is titled as ‘Naatho Vasthava’ and the unit of this film has just completed their second schedule in Vizag. The next schedule is going to start from 18th of November in Chennai. This movie is a trilingual and is going to be released in Telugu, Tamil and Kannada. The audio of the movie will be launched in January and the movie is going to release on 14th of February next year.

Barbie Chopra is playing the female lead in the movie. Chakri is composing the music for this movie and Ravi Raj is directing this flick. Ajay Surya and Mani Kumar are jointly producing this movie.