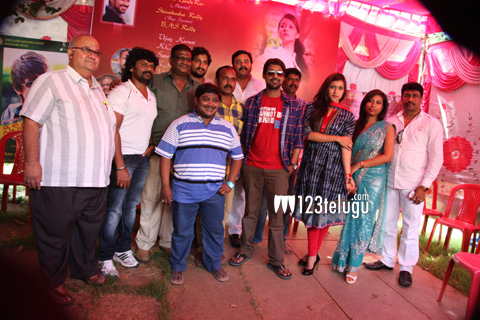 Varun Sandesh is one hero who has been getting offers continuously, despite his poor success rate at the box office. He is all set to be seen as the lead actor in ‘Naatho Vasthava’ and the movie was launched in Bangalore on the occasion of Vijaya Dasami.

This film is a trilingual offering and it is going to be shot in Telugu, Tamil and Kannada. The shoot is going to take place for about 20 days in and around Bangalore and later on, the movie will be shot in Vizag, Chennai and Ooty. Barbie Chopra, who is the cousin of Priyanka Chopra, will be marking her debut with this film.

This movie is expected to be a romantic entertainer with a good dose of comedy. Chakri is the music director and this will be his hundredth film. Ravi Raj will be wielding the megaphone for the first time. Ajay Surya and Mani Kumar are jointly producing this movie.