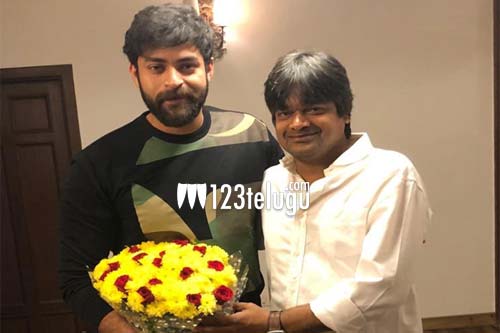 Yesterday, the makers of Valmiki, the official remake of the cult Tamil gangster comedy, Jigarthanda, began the 35-day long schedule in Hyderabad. The team had earlier wrapped up a crucial schedule featuring the supporting cast.

And finally, hero Varun Tej, who’s reprising Bobby Simha’s villainous role in Valmiki, has joined the film’s shoot this morning. After F2’s success, Varun had left for the US to prepare for his role for both Valmiki and his upcoming boxing drama. The young hero’s rugged, never before seen avatar is sure to surprise his fans.