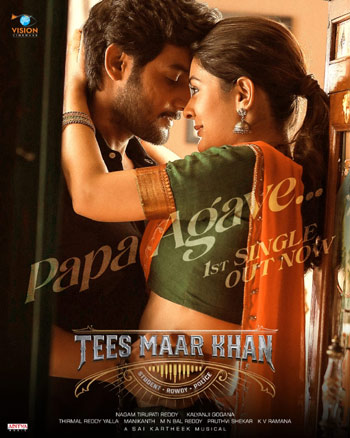 The song also shows the beautiful chemistry of the lead pair. While lyrics penned by Bhaskarabhatla are catchy, popular singer NC Karunya crooned it soulfully. We can also get to see graceful dances of Aadi in the song which is expected to top the music charts.

Aadi Sai Kumar will be seen in a completely new dimension in this action thriller. Actor Sunil is playing a prominent role in this movie. Bal Reddy handled the cinematography while Manikanth edited the movie.

Produced by Nagam Tirupathi Reddy, the movie is in the last stages of post-production. The makers are planning to release the movie soon.