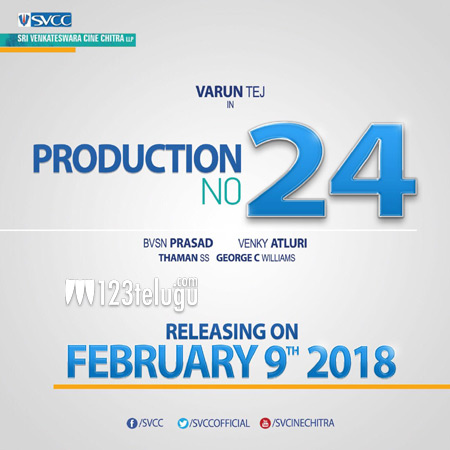 After the stunning success of Fidaa, Varun Tej will be seen in yet another romantic drama. Titled as “Tholi Prema”, the film is being directed by Venky Atluri and BVSN Prasad is producing it.

According to the latest reports, the film is slated for release on February 9, 2018, just before Valentine’s Day. Raashi Khanna is the lead actress in this film which was shot extensively in England recently.

Thaman is scoring the music, whereas George C Williams is the cinematographer. More details about the film are awaited.