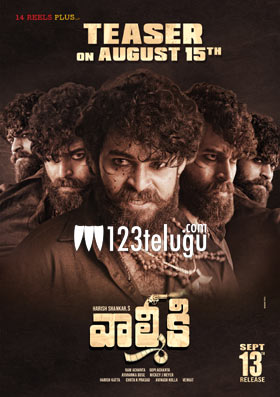 Valmiki is a film which many are waiting for eagerly. The film will be out on the 20th of September and there is a solid buzz for the film as it is directed by Harish Shankar.

Now, the item song from the film has caught on quite well and the news is that Varun Tej’s humorous dialogues will be a rage in the film.

Varun plays a dreaded gangster and his role has a comedy touch and the manner in which Harish Shankar has showcased it will be quite impressive say our sources.

There are some slang words which will be used by Varun and they will become quite famous once the film releases is the talk.