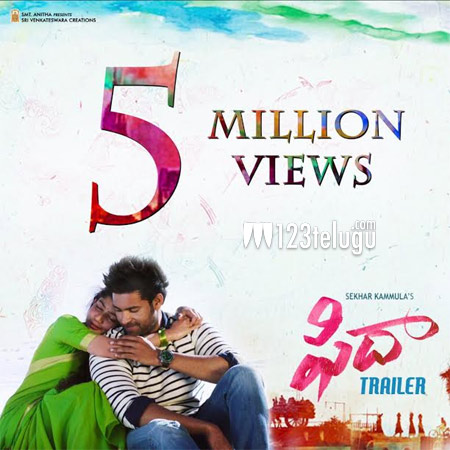 Mega hero Varun Tej has pinned his hopes on his upcoming flick, Fidaa, which is scheduled for July 21st release. The recently released theatrical trailer of the film is getting a superb response on social media and has raised curiosity among moviegoers.

Meanwhile, the trailer has clocked five million views on its official YouTube channel, and is still trending on top. Touted as a feel good love entertainer, the film is directed by Shekar Kammula.

Dil Raju has produced Fidaa and Malayali starlet Sai Pallavi will be seen as the female lead in it. Young talent Shakthikanth Karthick has composed the film’s music.