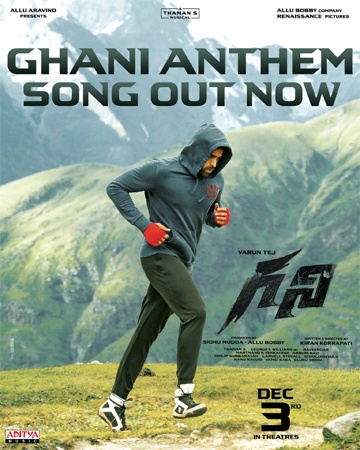 Varun Tej is doing a film called Ghani and we are all aware of it. The makers have released the title track called The Ghani Anthem which has been composed by Thaman.

The tune is inspiring and has heavy-duty singing in the chorus. The catchphrase Ghani-Kanivini Yerugani sounds cool along with the hard-hitting lyrics.

More than the song, Varun’s training visuals are superb in the song. The mega hero has worked on his body and it is showcased well in the song.

Ghani is produced by Allu Bobby and Kiran Korrapati directs it. Saiee Manjrekar plays the main female lead in this film which also has Sunil Shetty and Upendra in key roles.