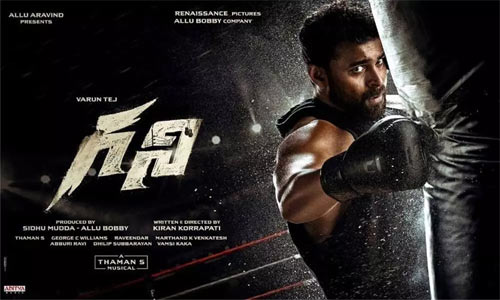 The makers of Varun Tej’s upcoming boxing drama, Ghani, have recently announced a couple of possible release dates, February 25 or March 4. Now, it seems that the makers have finalised one of those dates.

The latest buzz is that the makers have decided to release the Mega actor’s movie on February 25, 2022. It is also heard that the makers will announce the release date tomorrow alongside the release of the third single, Romeo Juliet, sung by Aditi Shankar, daughter of the popular director, Shankar Shanmugham

Saiee Manjrekar, Upendra, Suneil Shetty, Jagapathi Babu, Nadia and others are playing prominent roles in this boxing drama, directed by Kiran Korrapati. Thaman S has composed the music of this movie.