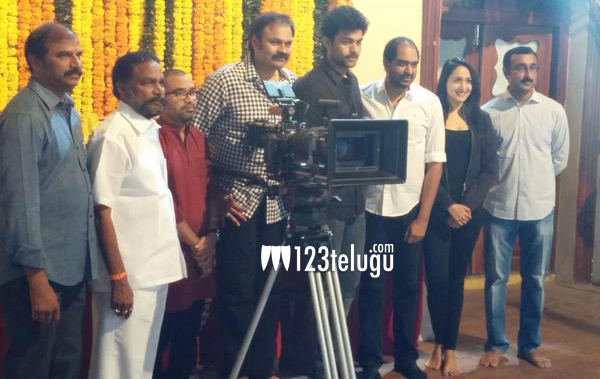 The much awaited second film of Varun Tej, ‘Kanche’, has been launched this morning in Hyderabad. The film has in discussions for a long time and the makers kept the details under wraps until the last minute. Senior actor and Varun Tej’s father Naga Babu performed the puja formalities as a chief guest. Directed by Krish, the film is being produced by Rajiv Reddy on First Frame Entertainments. Touted to be a romantic drama in set in the pre-independent India, ‘Kanche’ is expected to have high-end technical wizardry and grand production values. Pragya Jaiswal of ‘Mirchi Lanti Kurradu’ fame is paired up with Varun Tej.

Speaking on the occasion, Varun expressed his happiness for working in a good entertainer. The film will feature Krish’s longtime associates in key technical departments.