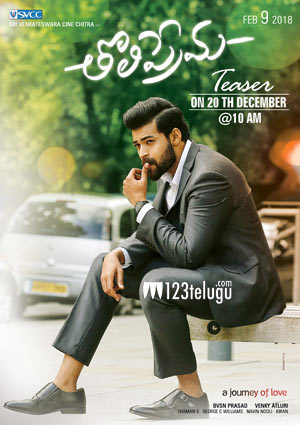 Varun Tej is not only one of the tallest actors in the industry, but also one of the most handsome men in Telugu cinema. So far, none of his films have really explored his stylish persona; however, it looks like it’s all going to change with his upcoming film Tholiprema.

A new poster of the film which was unveiled earlier today impressed quite a few and Varun Tej, in particular, is being inundated with messages about how good he is looking. Directed by Venky Atluri, the film also stars Raashi Khanna in the lead role.

The first teaser of the film is going to be unveiled on December 20 and the film is gearing up for release on February 9.