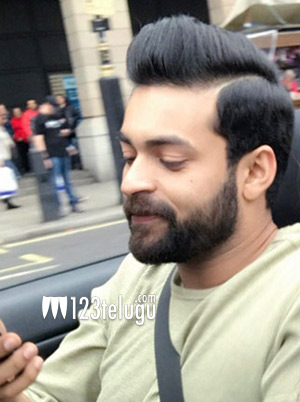 Young hero, Varun Tej is back in form after the super success of Fidaa. He is shooting for his new film Tholi Prema and the latest we hear is that Varun will once again be seen in a completely new look in the film.

Already’s one of Varun looks from the film has gone viral and has created a good buzz for the film. As the film is an out and out love story, Varun will be seen in stylish looks which have been specially designed for him.

Raashi Khanna plays the female lead in this film which is being directed by Venky Atluri. S S Thaman scores music.