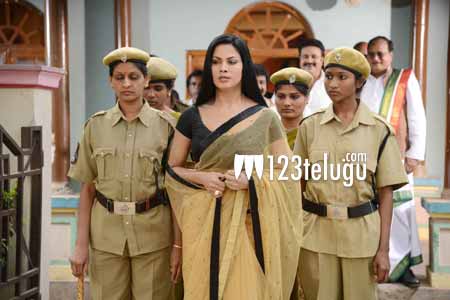 Pakistani girl Veena Malik has played the lead role in the film ‘Nagna Satyam’. The movie has completed its censor formalities and it has received an A certificate from the censor board. The production unit is now gearing to release the movie soon. The A certificate has been awarded for the adult theme and skin show.

‘Nagna Sathyam’ is being produced by Chadalavada Srinivasa Rao on Anuradha Films banner and Rama Rao is the director. Sambhu Prasad has composed the music.

Veteran actor Chalapathi Rao, Jackie and Vijay have played important roles in this movie. The director says that the film deals with ongoing issues in modern day society. He praised Veena Malik for being a thorough professional and for being extremely supportive despite language issues.