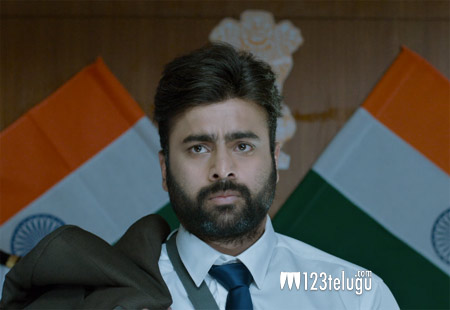 The theatrical trailer for the soon-to-release multi-starrer, Veera Bhoga Vasantha Rayalu, is out finally and it raises expectations with its intriguing factor. VBVR features Nara Rohith, Sudheer Babu, Shriya and Sree Vishnu, who is strategically not revealed in the trailer.

VBVR’s trailer showcases a cat and mouse game between a cop (Sudheer Babu), a crime branch officer (Nara Rohit), an investigating officer (Shriya) and a mysterious missing man (Sree Vishnu? The film’s main plot seems to be about human trafficking, but we will have to wait until the film’s release to be surprised.

VBVR will be hitting theaters on October 26. The film is produced by Apparao Bellana and debutant Inndrasena R has directed it. Mark K Robin is the music composer