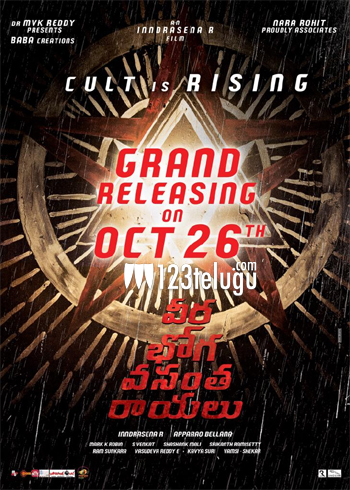 Nara Rohith, Sudheer Babu, Sree Vishnu and Shriya will soon be seen in an intense multi-starrer drama, titled Veera Bhoga Vasantha Rayalu. The film’s striking posters and the dramatic teaser, which was released in August, raised curiosity about the movie

VBVR was supposed to be released this week. However, the makers have now announced that the film will be hitting theaters on October 26. Apparao Bellana has produced the movie and debutant Indrasena has directed it. Awe fame Mark K Robin has scored the music.