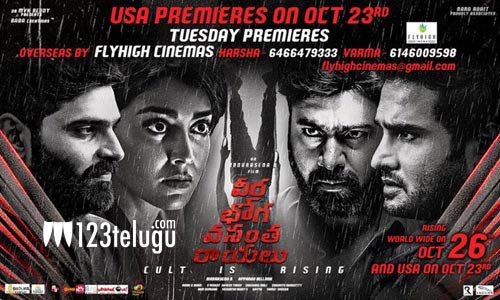 Now, in an interesting move, VBVR’s US distributors at Flyhigh Cinemas have decided to premiere the film on October 23, two days ahead of the film’s actual release. It will be interesting to see how this unique strategy will help the film’s box-office prospects in the twin Telugu states. VBVR has been produced by Apparao Bellana and debutant Indrasena has directed it.
Attachments area