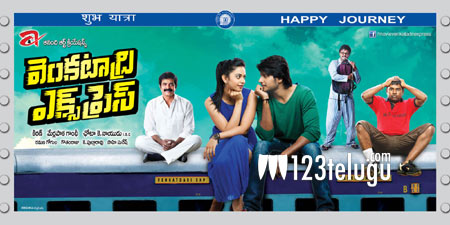 Sundeep Kishan is on a roll these days with back to back films lined up for releases. He has three films in the pipeline which are up and ready for a release very soon.

‘Venkatadri Express’ is the upcoming film of Sundeep Kishan which is in the final stages of completion. The makers have planned for an audio release earlier, but was postponed due to heavy rains. The production team has announced that the audio is going to take place tomorrow at 6:30 pm. Sundeep has earlier promised that the audio launch will be held on a grand scale and is all set to surprise his fans.

Rakul Preet Singh is the heroine of the film and Merlapaka Gandhi has directed the film. Ramana Gogula has composed the music and Gemini Kiran is producing this film.