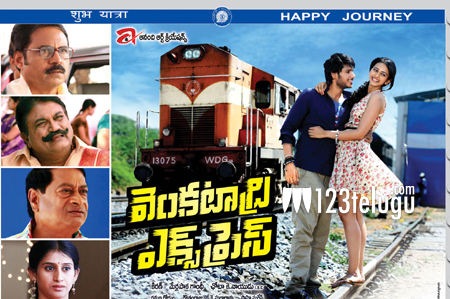 Sundeep Kishan’s upcoming film Venkatadri Express is gearing up for a big release across Andhra Pradesh on November 29. The film has already been censored and it has been given a clean ‘U’ certificate. The buzz surrounding the film is quite positive and the entire team of the film is upbeat about the general response from the audience.

Directed by Merlapaka Gandhi, the film is about a young man who tries hard to not fall in trouble; however, things go horribly wrong one fine day. Kiran has produced the film under Anandi Arts Creations banner and he’s producing a film after a long gap. Sundeep Kishan and Rakul Preet have played the lead roles and both the actors are full of praises for the director and the technical team. Chota K Naidu’s cinematography is said to be a major asset to the film. Ramana Gogula has scored the music.