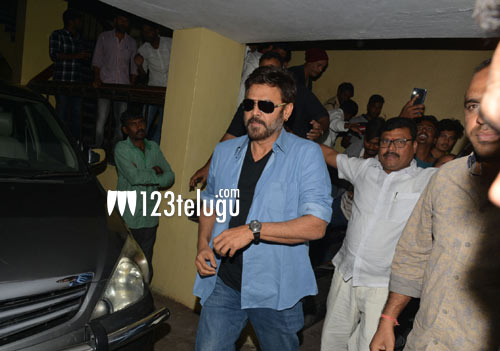 Dil Raju’s F2 has released to some positive response all over. The film has Venkatesh and Varun Tej in lead roles and after a long time, Venkatesh is seen in full form with his impeccable comedy timing.

The star hero is super happy with the film getting a superb response and is promoting it quite aggressively. F2 is directed by Anil Ravipudi.