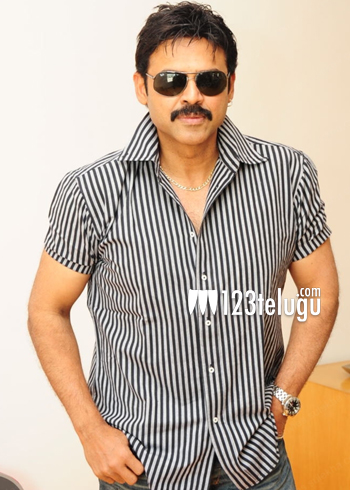 Victory Venkatesh is gearing up to play some exciting new roles in this stage of his career. The charismatic actor is giving more importance to films and roles that have the potential to act as legacy boosters. They are films that will bring a good name for Venkatesh.

He is currently busy with the remake of Oh My God, which has been titled Gopala Gopala. After this , Venkatesh will be seen in some new and fresh kind of scripts and details will be revealed quite soon.

The actor is keen on making the most of these next four to five years, so that he can leave a lasting impression as a lead hero.