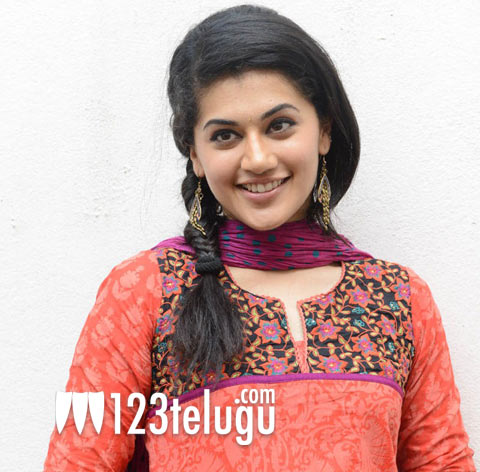 After sizzling as a village belle in Gundello Godaari, Taapsee will soon flaunt her curves in Meher Ramesh’s upcoming film Shadow. The film’s shooting is in the last stage and recently a song titled ‘Naughty Girl’ was shot on Taapsee and Venkatesh. Taapsee’s styling has become a subject of great discussion on the social media and she has even claimed that it’s the most stylish avatar of her career so far.

It’s the first time Taapsee is teaming up with Venkatesh and she’s quite excited that she got a chance to share the screen space with him. “Venky sir is much more fun than what people know of. Only the ones who work with him will know what I mean. I call him walking talking film school,” she said on Twitter.

She has wrapped up shooting for the film and will soon go to Chennai to promote Gundello Godaari’s Tamil version and after that she’ll join the rest of the cast to promote her upcoming Hindi film Chashme Baddoor.