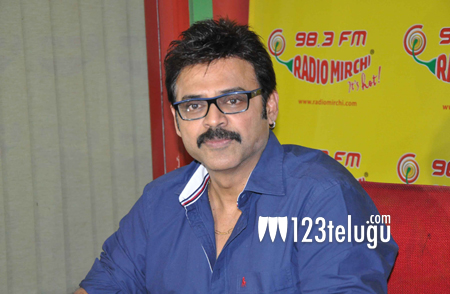 Victory Venkatesh has lent his support for a good cause that was recently initiated by the police department. To educate people about the danger of falling in trap of fake policemen, the police department has shot a short film. Venkatesh has made an appearance in this short film and it shows him issuing a word of caution to the public to be careful with such fake gangs which end up robbing innocent people.

Meanwhile, Venkatesh will soon begin shooting for his next multi-starrer film, in which he’ll share the screen space with Ram Charan. Krishna Vamsi is going to direct the film and Bandla Ganesh is going to produce it. More details about the cast and crew will be revealed soon and the film is expected to go on floors in December.