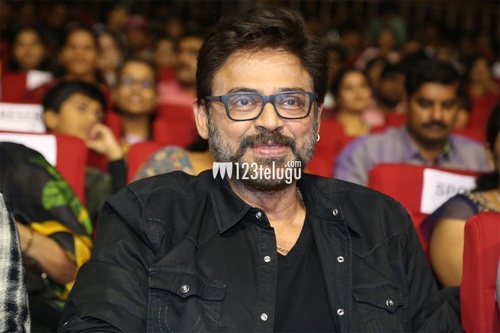 Tollywood star hero Venkatesh and Mega Prince Varun Tej have joined hands together for F3, a comedy film directed by Anil Ravipudi. The movie is all set to hit screens on May 27, 2022.

The movie’s pre-release event happened last night and during the special event, Venkatesh addressed his fans. He said that his fans are quite disappointed with him as his last two films are not released in theatres. So, Venkatesh promised that F3 will make his fans happy and they will enjoy it to the fullest. He also thanked Anil Ravipudi, Varun Tej, and other cast and crew of the comedy film.