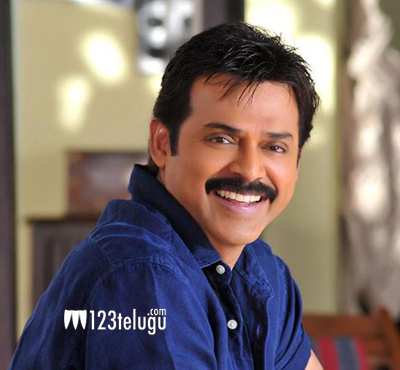 Nearly three months after the release of ‘Masala’, Venkatesh is now gearing up for the principal shooting of his next film titled ‘Radha’. Maruthi is going to direct this film and Venkatesh will be seen as a Home Minister. Nayanthara is pairing up with Venkatesh once again in this film.

DVV Danayya, who produced films like Nayak, Cameraman Ganga Tho Rambabu and Desamudhuru, is going to produce this film under Universal Media banner. Talking about the film, Danayya said, “Radha is a contemporary love story between the Home Minister and a girl, who hails from a middle class family. Both Venkatesh and Nayanthara were very excited when they heard the story and they gave us their dates immediately. I’ve known Maruthi for a long time now and I’m eagerly looking forward to work with him.”

The film is going to be launched on February 6. The core team which is now working on ‘Kotha Janta’ will be aiding Maruthi for ‘Radha’ as well. JB will score the music and Richard Prasad is the cinematographer.