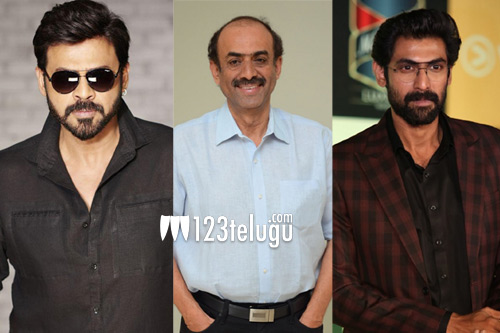 The International Film Festival of India, which is held annually in Goa, is all set to play host to the Daggubati family. The film festival committee has introduced a special segment this year where several film families including Daggubati family, Anil Kapoor’s family, and Sriram Raghavan and Sridhar Raghavan, are going to talk about their work over the years.

The seasion featuring Venkatesh, Suresh Babu, and Rana has been named as “Decoding the Daggubati”, and it will be held on November 26. It is well known that the Daggubatis have been one of the most influential film families in the country, and for more than 50 years, Ramanaidu Studios has been at the forefront of film production in Telugu.

Suresh Babu and Rana are expected to throw light at film production and business side of filmmaking, whereas Venkatesh is expected to talk about his work too. It will be interesting to see how this session turns out at the film festival which will start from November 20.