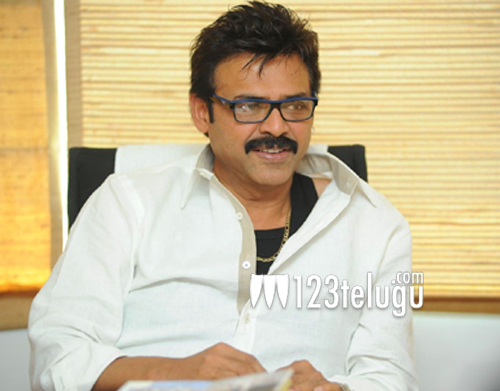 Victory Venkatesh is getting ready to entertain with his trademark family drama this month in the form of ‘Drishyam’. This film will also be a suspense drama as there are some unexpected twists in the story.

In the movie, Venkatesh will be seen as Rambabu who is a simple guy who loves his family a lot. In Rambabu’s life, certain unexpected things happen and everything goes upside down. This is when he decides to fight for his loved ones.

Drishyam will release on July 11th. Sripriya is the director and Suresh Babu is the producer. Rajkamal Theaters owner is also a part of the production. The film is a Malayalam remake and Venkatesh is very confident.