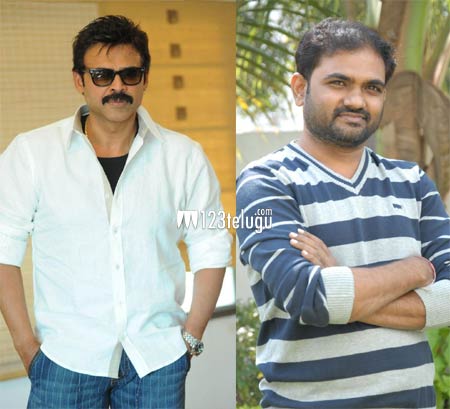 Venkatesh is gearing up to join the sets of his next film in Maruthi’s direction. The film has been titled as ‘Radha’ and it’s likely to go on floors early next year. The pre-production and casting for this film is in the final stage.

According to some unconfirmed reports, Venkatesh will be playing the role of a politician, that of a ‘Home Minister’, in this film and incidentally, it’s the first time in his 27 year old career that he’s going to don this avatar. The film is likely to have a tagline ‘The Home Minister’s Honourable Love’.

Maruthi, who has so far directed Ee Rojullo, Bus Stop and Prema Katha Chitram, seems to be quite eager to showcase Venkatesh in a different angle. More details about the film are expected to be revealed soon. DVV Danayya is going to produce this film.