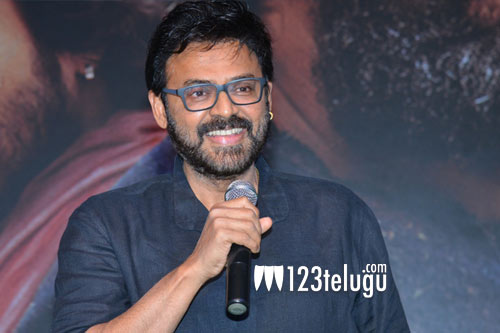 Hero Venkatesh is awaiting the release of three of his most eagerly awaited movies, Narappa, Drushyam 2 and F3. Drushyam 2, the official Telugu remake of the acclaimed Malayalam thriller, Drishyam 2, is expected to hit screens soon after the lockdown, followed by Narappa and F3, which will make it to theaters later this year.

Now, an exciting buzz that’s doing the rounds reveals that Venkatesh will be joining hands with Care of Kancharapalem director Venkatesh Maha for a film. Apparently, Venkatesh Maha recently narrated a story to the senior hero and got his nod. More details about this exciting project will be out once the lockdown ends.

On the other hand, Venkatesh Maha’s ongoing film, Marmaanuvu, with hero Rajasekhar, will hit screens in the second half of this year.