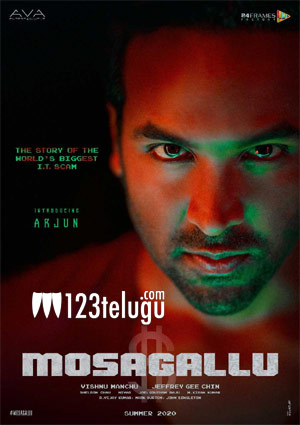 Star hero Venkatesh unveiled the title motion poster for actor-filmmaker Vishnu Manchu and Kajal Aggarwal’s Hollywood flick, Mosagallu. The film is based on the world’s biggest IT scam that was unearthed in Mumbai a few years ago.

Mosagallu also features Bollywood hero Suniel Shetty, Ruhani Sharma and Navdeep in key roles. Hollywood filmmaker Jeffrey Chin has directed this film. Mosagallu was supposed to have its Indian release on June 5 and a Hollywood release in July. However, the COVID-19 pandemic had disrupted the release plans.