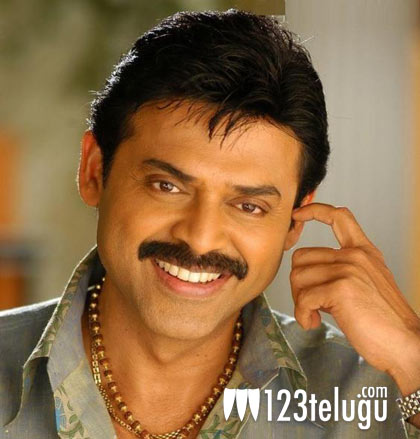 Venkatesh is extremely excited about how Seethamma Vaakitlo Sirimalle Chettu is shaping up. Venkatesh and Mahesh Babu will be seen as siblings in this multistarrer and he’s all praises for the director Srikanth Addala for coming up with a good script. Sharing his views about the concept of multistarrers in Telugu cinema, he said, “There’ll definitely be more multi-starrers in future if films like Seethamma Vaakitlo Sirimalle Chettu do well at box office. Multi-starrers give a good scope for directors and writers to come up with interesting characters and I have already asked a lot of them to write good roles for me. I am ready to do more multi-starrers with the younger actors.”

Meanwhile, Venkatesh starrer Shadow is in last stages of a shooting. Except for the climax and a song, the rest of the film’s shooting has been wrapped up. Meher Ramesh has directed the film. Taapsee is his co-star and after a long time Venkatesh will be seen in an action avatar.