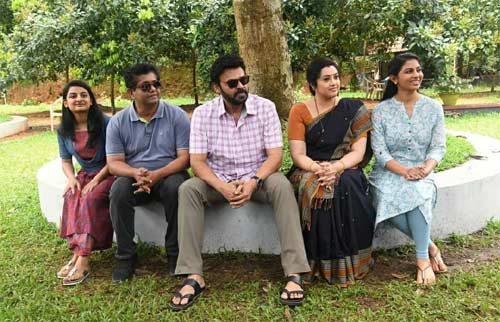 It is a known fact that Victory Venkatesh is doing a film that is the remake of Drishyam 2. The film also completed a small schedule in Hyderabad a few weeks back.

We had reported that a fresh schedule of the film kick-started in Kerala amidst tight security and strict measures of COVID. The entire star cast of the film was taking part in this shoot.

Now the update is that Venkatesh has wrapped up his part of the shoot in no time. He is now free from the film and can start F3 which he stopped to take up Drishyam 2. Jeetu Joseph, who made the original film is directing the remake as well.