Venkatesh wraps up lengthy schedule of Asuran remake
Published on Mar 19, 2020 3:00 am IST 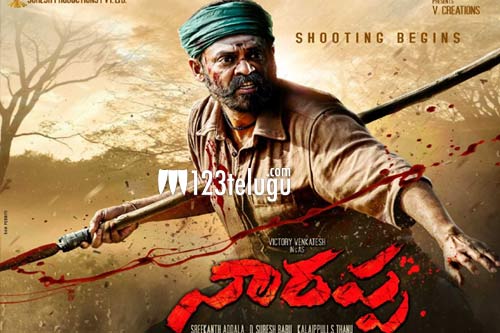 It is a known fact that Victory Venkatesh is doing a film which is the remake of the Tamil hit Asuran. The film is already halfway through its shoot.

The latest news is that the entire team has returned back to Hyderabad after a month-long schedule in the state of Tamil Nadu where the shoot was on.

Srikanth Addala directs this film which also has Priyamani and Rajeev Kanakala in other crucial roles. Suresh Babu produces it.