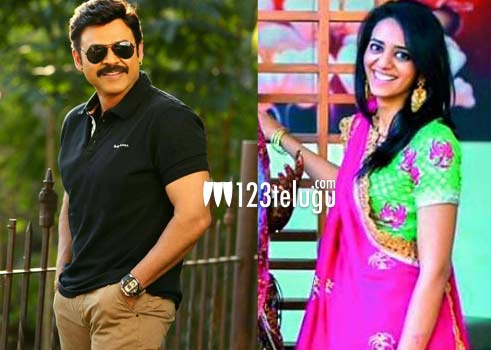 Aashritha Daggubati, elder daughter of Venkatesh, has taken social media by storm. A self taught baker and travel enthusiast, she currently lives in Barcelona along with her husband, Vinayak Reddy. The couple had gotten married in 2019 in Hyderabad before they moved to Spain where Vinayak found a job.

Being a foodie and a travel enthusiast, Aashritha had been posting numerous posts on Instagram about all the places she had been visiting in Europe for the past few months. Now, she has launched her own Youtube channel – Infinity Platter – where she is going to document her experiences related to food, exotic places, among other things.

Not surprisingly, quite a few celebrities from Tollywood including Tamannaah, Rakul Preet, and Aashritha’s own family members have come out in support of her. Incidentally, this is the first time that people from the film fraternity have been promoting Aashritha’s work. Venkatesh himself has always kept his family life quite private and ensured that his kids are far away from public eye. It’ll be interesting to see what his daughter, Aashritha is going to do through her Youtube channel in near future.